Evander Holyfield's comeback fight after twenty years did not turn out as expected. The 58-year-old lasted just two minutes in the boxing ring with Vitor Belfort before the referee called off the fight. 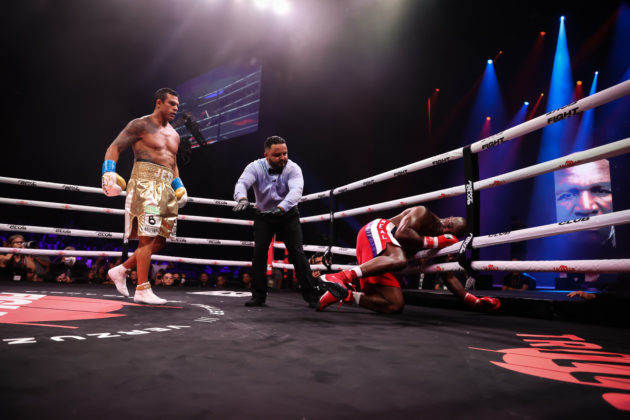 READ ALSO: DAVID LUIZ SIGNS FOR FLAMENGO ON A TWO-YEAR-DEAL

The former UFC star did not give Holyfield any hope for a chance in the fight. He landed the boxing legend a punch which saw Holyfield stagger to the ropes after he slipped.

Referee of the fight, Sam Burgos had to call off the fight to avoid any harm was done to the former two-weight world champion.

Mirror fighting reported on Sunday, September 12th, 2021, after the fight that Holyfield was not happy with the referee's decision to call off the fight just after two minutes.

I'm not hurt. It's kind of sad. It is what it is; I think it was a bad call. I think the referee shouldn't have stopped the fight that quick.

Holyfield just had a week to prepare for the fight as he had to replace Oscar De La Hoya who was hospitalized after testing positive to Covid-19.

The last time Holyfield fought was in 2001 against Brian Nielsen, but he is still keen to fight former rival Mike Tyson who has also been out of the sports for a long time.