Everton has officially announced the appointment of club legend, Duncan Ferguson as the temporary caretaker manager of the Merseyside team for the upcoming games as they search for another coach to replace the sacked Rafa Benitez after a poor run of form with Everton.

According to the club statement, Duncan Ferguson would manage the club for the next set of fixtures starting from the club's home fixture against Aston Villa. It was also announced that the club legend would begin his second spell as the club's caretaker alongside John Ebbrell and Leighton Baines, and Alan Kelly the goalkeeping coach.

The statement reads; “Duncan Ferguson has been appointed as Everton caretaker manager for the club’s upcoming games. The Blues’ legend took charge of training at USM Finch Farm this morning as the squad began its preparations for the visit of Aston Villa to Goodison Park on Saturday. Ferguson will be supported in his caretaker position by John Ebbrell and Leighton Baines, along with goalkeeping coach Alan Kelly.” 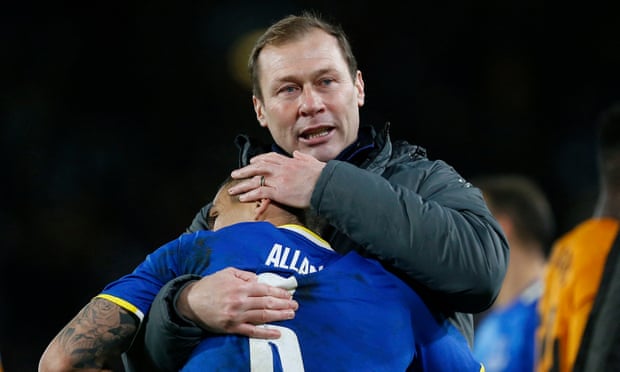 Everton had a distasteful run under former coach Rafa Benitez, they only managed to secure 5 wins in the premier league and suffered 10 losses in the league alone. They are currently close to the relegation waters as they remain 16th on the premier league table. with the hopes of signing a better coach Duncan Ferguson looks to steer his former side out of relegation.