After defeating Senegal, Nigeria’s women’s basketball team has advanced to the finals of the ongoing Afrobasket women’s championship. 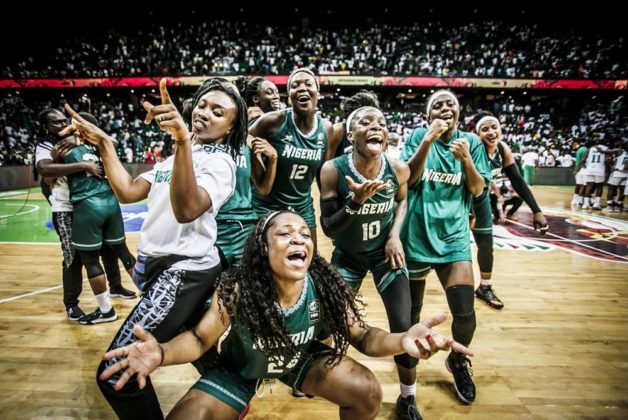 Nigeria’s women’s basketball team, popularly known as D’Tigress, will now face Mali in the final of the 2021 Afrobasket women’s championship after defeating Senegal.

According to Punch, D’Tigress will face Mali in the final match on Sunday, September 26th 2021 in Yaounde, Cameroun after they defeated the Senegalese team, who are 11-time champs, 73-63, on Friday, September 24th at the Palais Polyvalent des Sports in a thrilling encounter.

Mali defeated the host team, Cameroon, 52-51, in the semifinals, and the Nigerian team will have the opportunity to become the second team (after Senegal) to win the title for the third time in a row and the fifth time in their history.

The Nigerian team in the semi-final match started the game on a bright note, dominating the first quarter, 22-11. They followed it up with a winning second quarter and third, 23-20 and 15-13, respectively. However, the Senegalese side fought in the fourth quarters to win 19-15, but it wasn’t enough to win the game.

Friday’s victory makes it the third consecutive time the Nigerian team will advance to the final in the history of the competition.