The Nigerian women’s basketball team has threatened to boycott the 2022 FIBA championship over unpaid allowances. 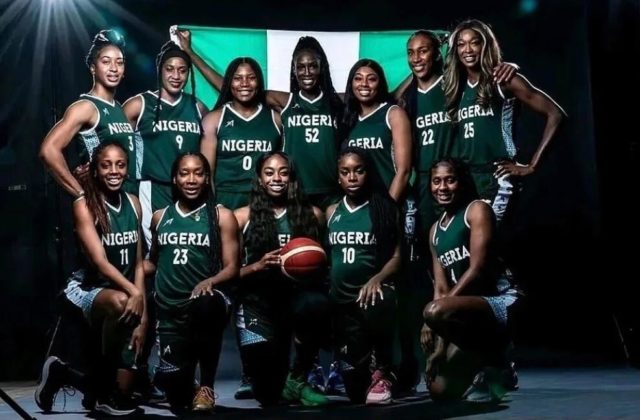 The female basketball team of Nigeria, popularly known as D’Tigress, has threatened the nation’s sports administration and other related quarters that they will boycott the 2022 FIBA championship over unpaid allowances.

In a compilation of videos released via the team’s social media page, the players took turns calling out the Ministry of Sports, the Nigerian Basketball Federation (NBBF) and the Presidency over several debts they are owing the players.

The NBBF, led by Musa Kida, allegedly has no regard for the female team, despite their various efforts to adequately represent the nation.

In light of this, the team has vowed to boycott the upcoming World Cup qualifiers and has proposed conditions that would force them to back down.

They stated that they would only break their promise if the FULL payment of their backlog of bonuses and allowances, an improved welfare package, and being honored by the Nigerian presidency for doing the country proud were all made possible. 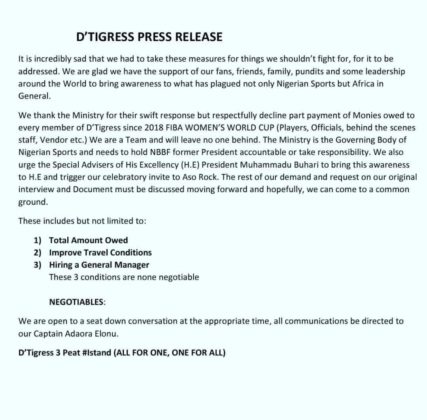