Portugal's Cristiano Ronaldo has reportedly told his Juventus teammates his last goodbye this morning, August 27th, 2021. The player's move to Manchester City looks like it will happen as they have been a verbal agreement between both parties. 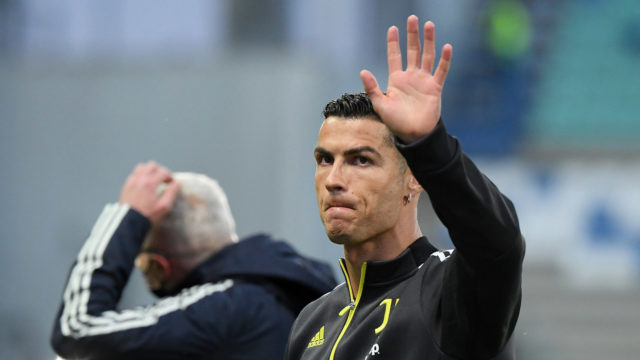 Transfer news expert, Fabrizio Romano, in a tweet on Friday, August 27th, 2021, said that Ronaldo arrived at the Juventus training ground this morning but left just forty minutes later after bidding farewell to his team. 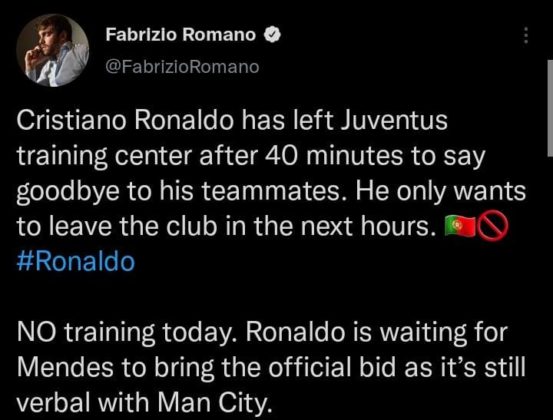 According to reports, there is a verbal agreement between Manchester City and the player, but his agent, Jorge Mendes, is still waiting for an official bid from the Premier League Champions.

Ronaldo is in the final twelve months of his contract and is not ready to sign a new contract with the Old Ladies. Manchester City is the only club interested in Ronaldo, but they must pay Juventus 25 million pounds to get the player to the Etihad.