Chelsea Football Club is ready to offer 110 million Euros to Inter Milan for the services of Romelu Lukaku. This news was confirmed by a Sky Sports reporter, Kaveh Solhekol, on his official Twitter account on Saturday, August 7th, 2021. 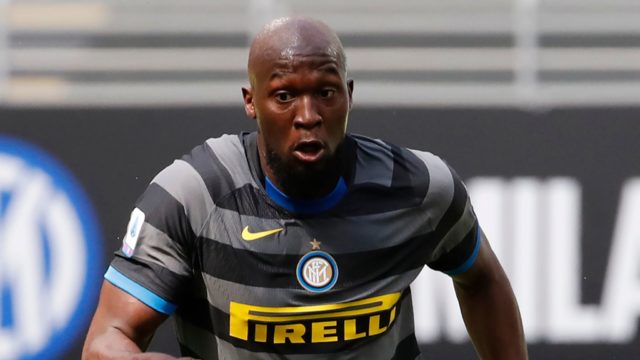 Kaveh said Chelsea will pay Inter Milan outright cash with no player involved in the deal. He also confirmed that there are still other ways the deal could play out between both parties, and that is being discussed.

Chelsea wants to boost their attack going into the 2021/22 season. The Blues will look to defend their Champions League title and push for taking the Premier League title off Manchester City. 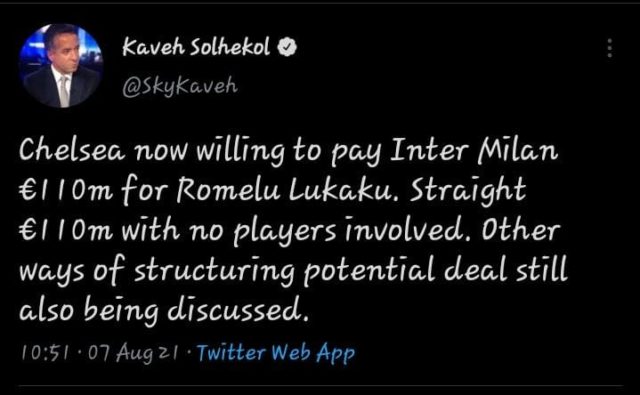 If Chelsea signs Lukaku, this will be the Belgian's second time at Stamford Bridge. The Belgian signed for the Premier League side in 2011 from Anderlecht in Belgium, but the striker did not find his feet at the Blues, so they loaned him out to West Brom in 2012. He helped the Baggies finished in the eighth position.

He was then loaned out to Everton in the 2013/14 season before the Merseyside team signed him on a permanent deal in 2014 for a record deal of 28 million pounds. Lukaku signed for Manchester United in  2017. After two seasons at Manchester, the Belgian signed for Inter Milan in August 2019 for a record fee of 80 million pounds. He helped Inter Milan win the SerieA title, scoring 47 goals in 72 games in all competitions.