Goals from Kai Havertz and Tammy Abraham ensured Chelsea's victory against Arsenal in a charity match. The match was played on Sunday, August 1st, 2021. It was organized to help people struggling with mental health. Both teams also used the game as a preparation for the 2021/22 season, which starts on Friday, August 13th, 2021. 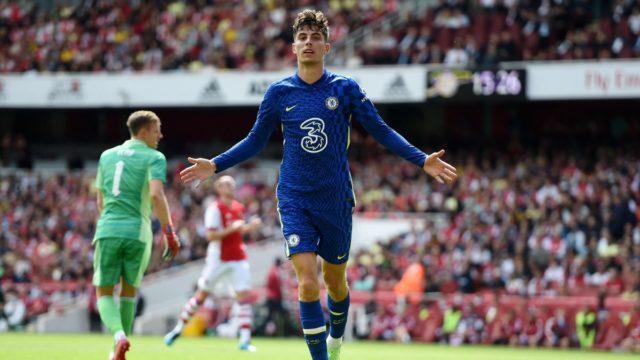 Chelsea's Havertz scored the opening goal of the game in the 26th minute. The German was put through on goal by his countryman, Timo Werner, whose through ball, got past the Arsenal defense, leaving the goalkeeper, Leno, at the mercy of Havertz.

There was really nothing to separate both sides before the goal, as they were careful not to make mistakes. The first half ended 1-0 in Chelsea's favor.

The second half was more exciting than the first half as both sides were more expressive, creating more scoring opportunities. Arsenal equalized in the 69th minute with a beautiful assist from Pepe who found Granit Xhaka on the edge of the six-yard box, who then heads the ball to the bottom corner.

Tammy Abraham cut Arsenal goal celebration short as the Chelsea forward capitalized on an error in the Arsenal defense to give his team the lead in the 72nd minute. There was a bit of controversy in the game after Joe Willock's ball hit the goal post of Chelsea and bounced on the line, according to the referee but the replay showed the ball crossed the line.

The game ended 2-1 in favor of Chelsea.