Arsenal Football Club has officially unveiled their third signing, Ben White, ahead of the new season. The former Brighton player was unveiled on Friday, July 30th, 2021, at the Emirates Stadium via the official website of the club. 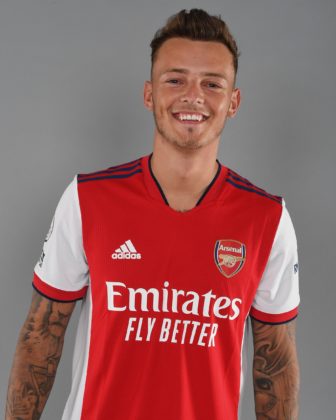 Arsenal's manager Mikel Arteta expressed his excitement about the fresh addition to the club. He said on the club's website that White has learned a lot from Brighton and also from Leeds when he was on loan with the club in the Championship.

Ben was a top target for us, and it's great that we have completed his signing. Ben has been educated with two very good clubs, Brighton and Leeds, in recent seasons. He has benefitted well from two very good coaching set-ups and has shown with Brighton and on loan with Leeds what a strong talent he is. 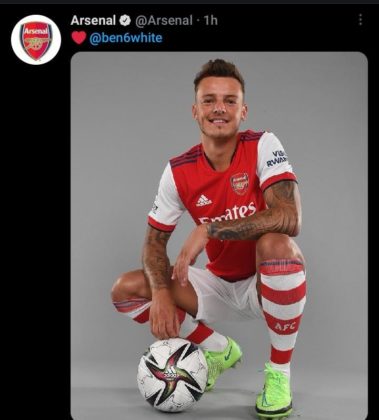 The 23-year-old was an integral part of the Leeds United team in the 2019/20 season that gained promotion into the Premier League for the first time in 16 years. He was also key in Brighton's survival in the just concluded 2020/21 Premier League season. He was awarded the best player in the club last season, following his outstanding defensive abilities which helped the Seagulls survive relegation.

Arsenal will hope the English defender fills the void that was left by David Luiz who parted ways with the club last season. The Gunners will start their 2021/22 Premier League campaign with an away visit to newly-promoted side Brentford.