Chelsea Football Club has completed the signing of Marcus Bettinelli from Fulham. They announced the transfer on the club's website via Twitter on Wednesday, July 28, 2021. 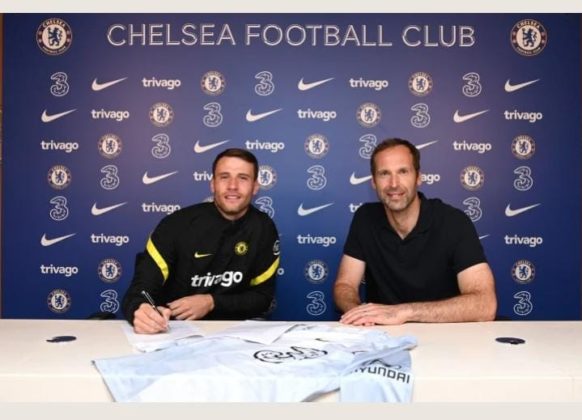 The signing will be key for the Blues going into the 2021/22 season following the exit of the club's third-choice goalkeeper Willy Caballero at the end of the 2020/21 season.

Bettinelli arrived at Chelsea as a free agent after deciding not to renew his contract at the Craven Cottage with Fulham. 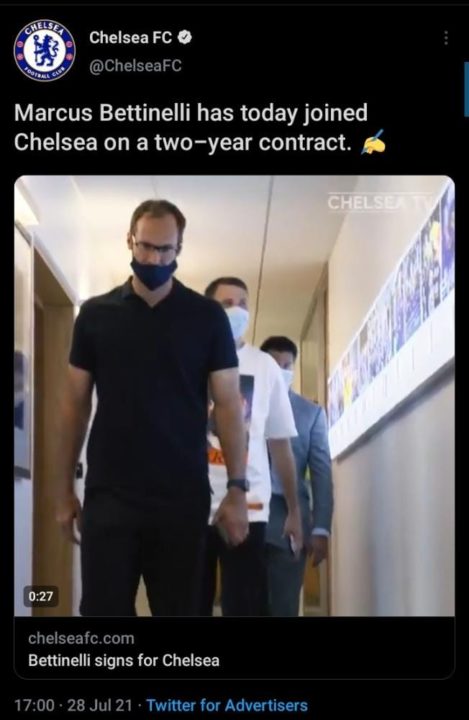 The goalkeeper stated his excitement on joining Chelsea in his press conference after they unveiled him Stamford Bridge,

It's always been a special club. I know the area very well, so it's been a dream of mine to cross over to this site and it has finally happened.

I am excited to be involved and looking forward to trying to impress and help the team as much as I can. 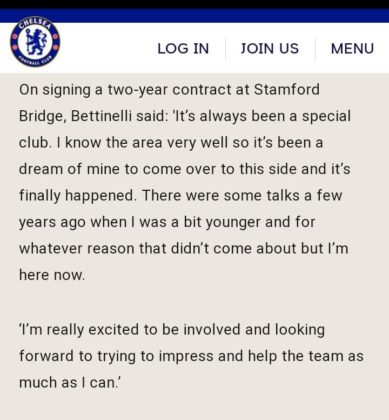 The 29-year-old started his football career with Fulham at age 14, he made his debut for the senior team in the 2014/15 season when they were relegated from the Premier League to the Championship.

Bettinelli had 120 appearances for Fulham and also represented the English U-21 team earlier in his career.