President of Bayern Munich, Herbert Hainer has cleared as it concerns the future of Robert Lewandowski. He was positive that the Polish striker will see out his contract at the club, which ends in 2023. He made this statement in an interview with Kerry Hau of GOAL on Wednesday, July 28, 2021. 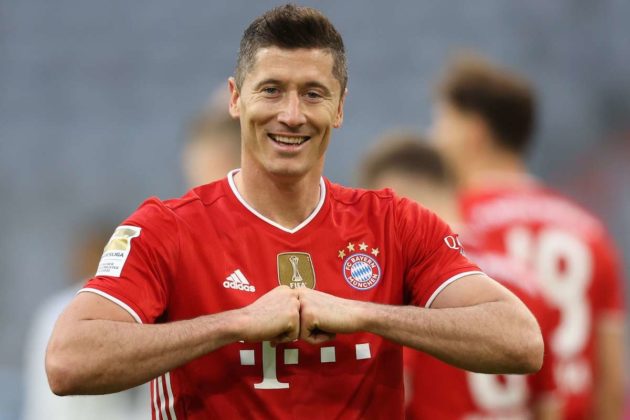 The journalist Hau posted an excerpt of the interview on his official Twitter account. Hainer said in the interview,

His contract runs for another two years during which he will play for FC Bayern.

He also asked about the possibility of signing Erling Haaland from Borussia Dortmund as a potential successor to Lewandowski.

Haaland as a successor? We are currently not looking for a successor. 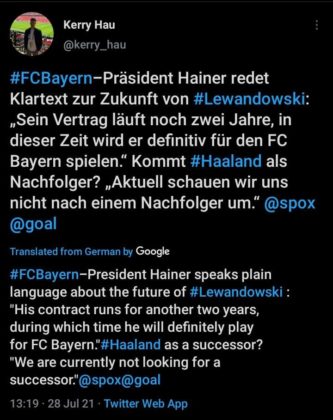 The Bundesliga striker has been linked with a move to Premier League side, Chelsea in the recent weeks. According to the rumor, the Blues are looking at signing Lewandowski if Haaland's deal from Dortmund fails to come through.

A Football Magazine, Kicker, awarded Lewandowski the best player in Germany in the just concluded  2020/21 season, on Saturday, July 24th, 2021.

The 32-year-old Polish striker scored 41 goals in 29 Bundesliga games which earned him the European Golden Shoe for 2021.