Sergio Busquets and Jordi Alba have both accepted to take a pay cut to help register Sergio Aguero. This decision gave Barcelona the chance to formally register him as a player of the club with the Spanish Football League (LFP). Aguero joined Barcelona as a free agent from Manchester City in July 2021. 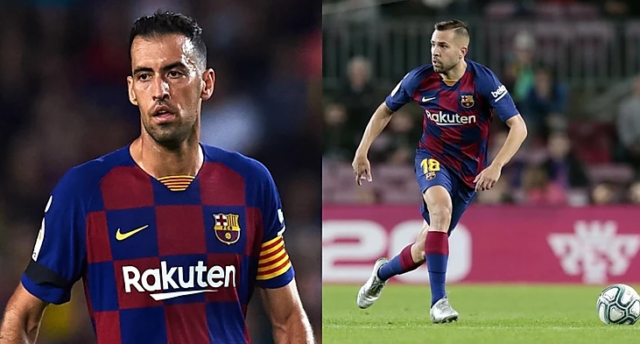 Barcelona announced this gesture on its website on Tuesday, August 31st, 2021. The club appreciated the efforts of both players in helping the club during its financial crises. This will also allow the club to register teammates Memphis Depay, Eric Garcia, and Rey Manaj.

The salary reductions for Sergio Busquets and Jordi Alba, to of the four first team captains, signed this Tuesday have allowed FC Barcelona to achieve two objectives: the register of Sergio Aguero with the Spanish Football League (LFP) and to extend the Club's limit with regards to financial fair play regulations.

Sergio and Jordi Alba have agreed to changes in the financial terms of their contracts, which included a wage reduction for this season and deferment of payments for the remaining years. The gesture from the two players comes after the agreement recently signed by Gerard Pique, which also allowed his teammates Memphis, Eric Garcia and Rey Manaj to be registered with the league. As such, FC Barcelona has completed the registration of its players with the LFP.

Barcelona recently announced that the club is in financial crisis as the club's expenses on the player's salary are more than the income of the club.