Paris Saint Germain (PSG) has officially announced Lionel Messi and also revealed his official jersey number which is not the expected number 10 or his previous number 19. 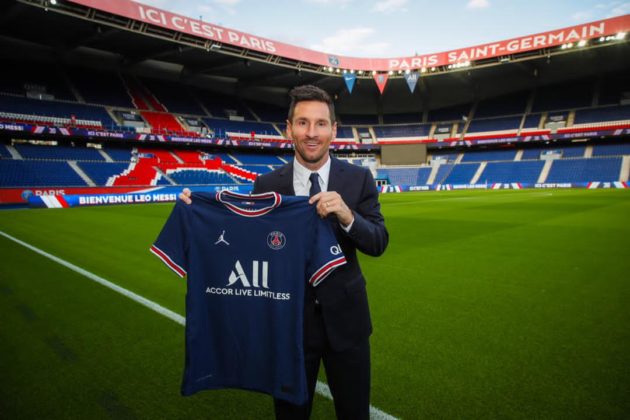 Lionel MessiAccording to their revelation, the Argentine will wear jersey number 30. He will be unveiled in his new jersey before PSG fans on Wednesday, August 11th, 2021  at the Stadium. 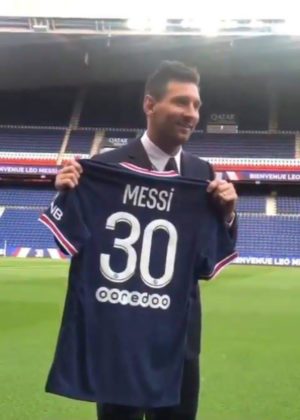 The French Club unveiled its new star player via its official Twitter account on Tuesday, August 10th, 2021 where they expressed their delight at the signing of Messi. They tweeted;

Paris Saint-Germain is delighted to announce the signing of Leo Messi on a two-year contract with an option of a third year.

Paris Saint-Germain is delighted to announce the signing of Leo Messi on a two-year contract with an option of a third year.https://t.co/D5Qjq7PJfF#PSGxMESSI ❤️💙 pic.twitter.com/msJAnW01V5

The contract will see him stay at the club until June 2024 with an option to extend by a year. Messi is expected to earn 25 million pounds a year after tax.

The 34-year-old, who was a free agent after his departure from Barcelona last week, landed at Bourget airport to the north of Paris on Tuesday, August 10, 2021. He was greeted was hundreds of PSG supporters who had gathered hoping to catch a glimpse of their new player.

Messi waved to the crowd while sporting a Paris t-shirt on his arrival at the airport before being taken for a medical at a hospital just outside the city.