Paris Saint Germain (PSG) has confirmed the signing of Lionel Messi from Barcelona. The Argentine agreed to sign for the Ligue 1 team on Tuesday, August 10th, 2021. 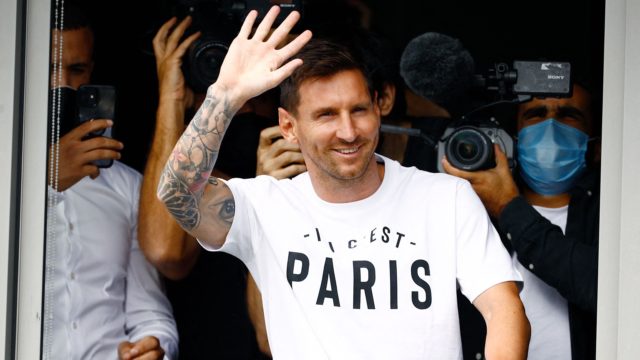 READ ALSO: MESSI ARRIVES IN PARIS AHEAD OF HIS MOVE TO PSG

PSG posted a short video of their Twitter account, the video showed an Argentina flag between Neymar and Mbappe's jersey.

Messi's signing will see the reunion between Brazil's Neymar and the Argentine. The duo contributed to the majority of Barcelona's goals as at the time both players were at the Catalonia club.

The Ligue 1 side has been on a quest of winning the UEFA Champions League for the first time. They will hope that the signing of Messi will bring the holy grail their way.

Barcelona and Messi parted ways on Thursday, August 5th, 2021, after the Spanish club said the Financial Fair Play in Spain made it impossible to register Messi with La Liga.