Borussia Dortmund wasted no time in replacing Jadon Sancho as reports confirmed they have captured the signature of Netherlands attacker Donyell Malen From PSV Eindhoven on a 5-year deal. 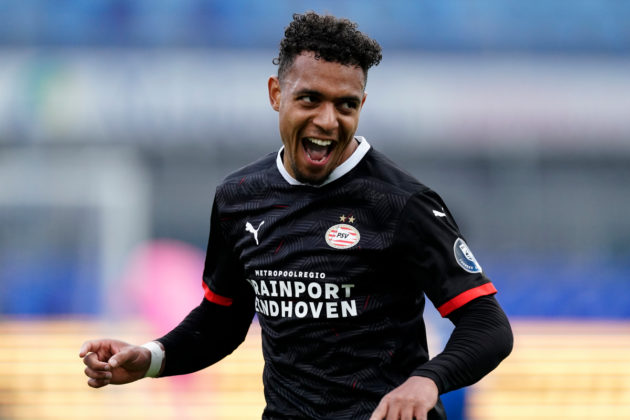 According to Italian journalist Fabrizio Romano, who reported the transfer in the late hours of July 23rd, 2021, he wrote:

“Donyell Malen to Borussia Dortmund, here we go and confirmed. Deal set to be completed for €30m to PSV, paperworks to be prepared and signed during the weekend. 🟡⚫️ #BVB.

Malen will sign until June 2026 - his salary will improve from year to year. 🇳🇱“ 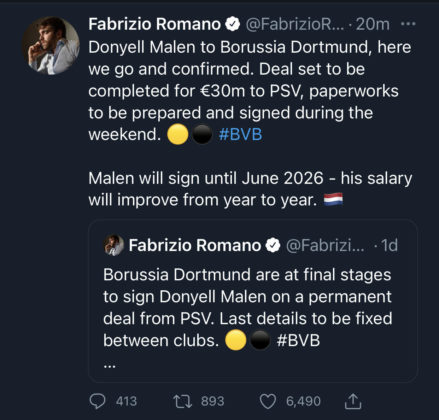 This news comes the same day Dortmund said farewell to their former superstar Jadon Sancho who joins Manchester United, meaning the German club has been working on a high-quality solution to keep their attack firing in the upcoming campaign.

Malen who joined PSV from Arsenal on a free transfer has gone on to become one of the most deadly attackers in Europe, scoring 40 goals and making 18 assists for the club in the Eredivisie.

Dortmund was not the only team interested in the player as Premier League 2020 champions Liverpool also contacted the player in an attempt to lure him to Anfield.

Arsenal will receive around €300,000 when their former youth player Donyell Malen formally completes his €30million transfer to Borussia Dortmund from PSV, as a standard percentage for developing a player through the club's academy.