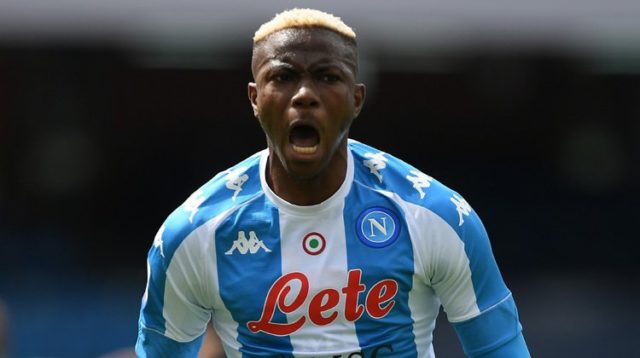 According to reports, the Bundeliga champions are plotting to edge European rivals Real Madrid to nab Napoli striker Victor Osimhen next summer with an offer worth €100 million.

The 22-year-old Super Eagles forward has been in topnotch form this season, netting a total of nine goals in 10 matches across all competitions this season. The ace forward was declared joint-top scorer in Europe's top five leagues for the month of September, alongside Real Madrid's prolific forward, Karim Benzema.

Osimhen, who moved to Serie A in September 2020, still has four years left on his contract.

Reports also state that Real Madrid’s rivals, Barcelona, are also rumoured to be interested in the talented forward.