Nigeria's striker, Victor Osimhen scored the winner for Napoli against Torino in Serie A. The Nigerian scored the goal in the 80th minute of the game in front of the home fans. 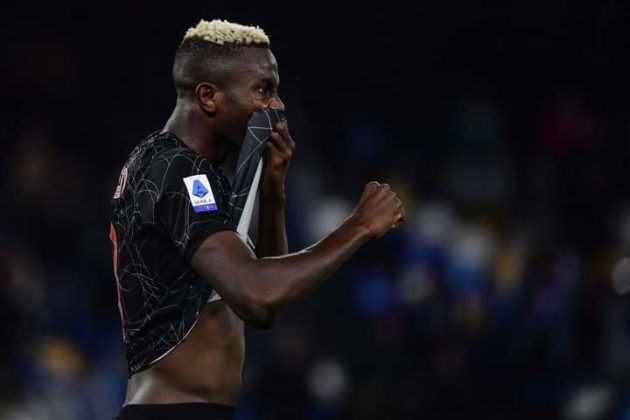 He has been in fine form this season scoring 8 goals in 9 games for the team, he has also won two penalties and scored a goal every 82 minutes with a 28% conversion rate. He was also on the score sheet in his last game for the Super Eagles against the Central African Republic in the FIFA World Cup qualifier.

The goal ensures Napoli remains the only team to maintain their 100% record in the Serie A. They are also the only team in the top five leagues that is yet to lose a game this season.