Barcelona have placed a release clause of €100 million on its latest signing Dani Alves, this was done after he was unveiled by the club earlier this week. 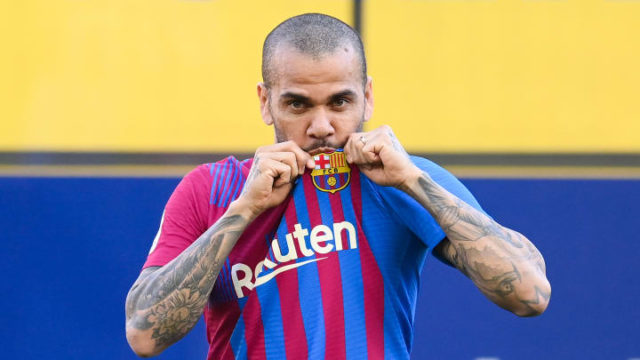 Barcelona announced the signing of Alves on its official Twitter account on Friday, November 12th, 2021. According to reports from the club, the Brazilian will not play until January, he is expected to earn one euro every week.

Alves will hope this deal will give him a chance to be selected to represent Brazil at the FIFA World Cup, which will be hosted in Qatar. He is also the player with the highest number of trophies by a player. He played for Barcelona between 2008 and 2016, winning 23 titles.

The 38-year-old also won titles at Juventus (2), Paris Saint-Germain (6) and one title with Sao Paulo. He also won three titles with EV Bahia, five with Sevilla and six with Brazil which takes the total number of titles he has won to 46.