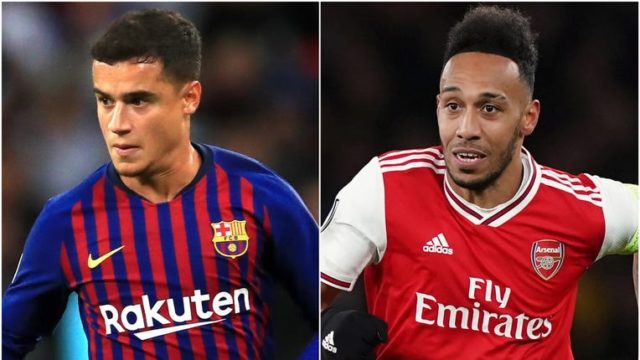 According to Sky Sports, the Catalan club could consider the prospect of a swap deal that would bring Gabonese talisman Aubameyang to Camp Nou and send Coutinho to Arsenal.

Barcelona's President, Joan Laporta, recently revealed that the club has €1.35 billion in debt. Hence, the Blaugrana are looking at offloading some of their players who are taking a large chunk of the wages.

Countinho, since he made a move to Camp Nou from Liverpool, has not been impressive. Therefore, a move to Arsenal might be the fresh start he needs.