Lionel Messi, Cristiano Ronaldo and Robert Lewandowski are among the 30 nominees for the 2021 Ballon d’Or as they will contest for the award for the best player of the year. They did not organise the award ceremony last year because of the coronavirus pandemic. 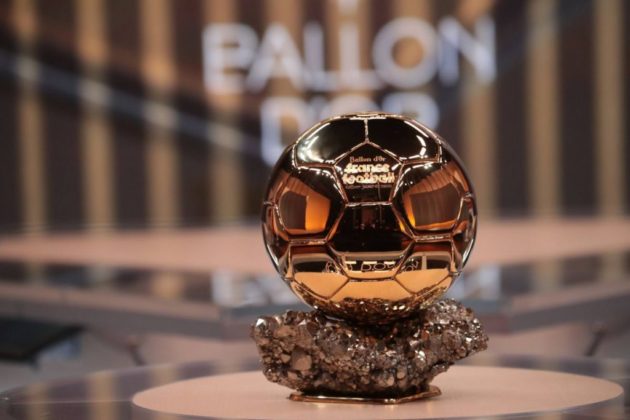 Advertisements
READ ALSO: MIKEL ARTETA WINS PREMIER LEAGUE  MANAGER OF THE MONTH
Messi will look forward to winning his seventh award while Ronaldo, who last won the award in 2017, will hope he can win the award for the sixth time while Lewandowski will be the first Polish to win the award if he is chosen.
France Football confirmed the nominee’s list on its website on Friday, October 8th, 2021 and the winner of the prestigious award will be announced at a ceremony that takes place on
Real Madrid’s midfielder, Luka Modric, is the only player to have broken the decade-long duopoly between Messi and Ronaldo when he won the 2018 edition.
Other players on the list are César Azpilicueta, Nicolo Barella, Karim Benzema, Leonardo Bonucci, Kevin De Bruyne, Giorgio Chiellini, Rúben Dias, Gianluigi Donnarumma, Bruno Fernandes.
Phil Foden, Erling Haaland, Jorginho, Harry Kane, N’golo Kante, Simon Kjaer, Romelu Lukaku, Riyad Mahrez, Lautaro Martinez, Gerard Munro, Mason Mount, Neymar, Pedri, Mohamed Salah, Raheem Sterling, Luis Suarez.
The award has been independent of FIFA since 2016. It considers the player’s performance for the calendar year rather than the previous season.
Advertisements