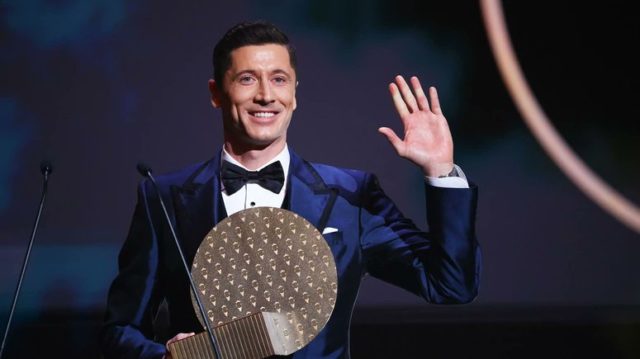 The 33-year-old posted the message on his official Twitter account soon after the award ceremony in France.

The Polish striker also congratulated Alexia who won the Women's player of the year award.

Congratulations Leo Messi and Alexia Puttelas, winners of the #Ballondor2021, congratulations also to all the nominated players. I won striker of the year award and no player can win an individual award without strongest team and loyal fans behind them. Thank you for your support. 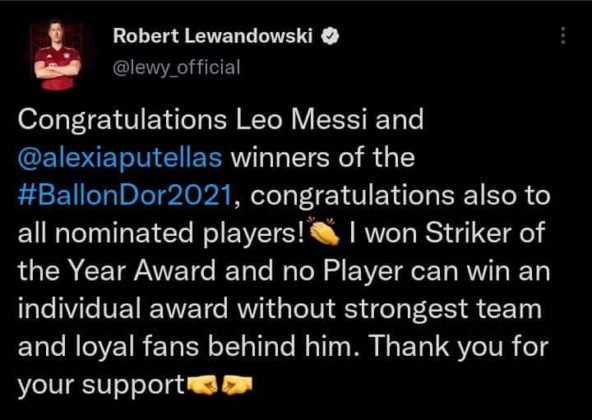 Lewandowski had 583 points of the total number of votes, 33 points behind Argentine's Lionel Messi who had 613 points.

Chelsea's duo of Jorginho and N'Golo Kante were in third and fifth position while Real Madrid's Karim Benzema finished in fourth place.