The France Football Ballon D'or award has always been filled with a lot of controversy among football fans whenever the organizers announce the winner. 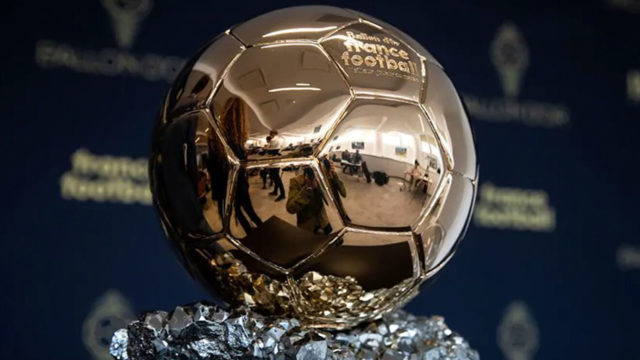 Paris Saint-Germain's midfielder Lionel Messi was named the winner of this year's title, but it was left questions among many people asking why Bayern Munich's striker, Robert Lewandowski, was not given the award despite his form in the past two years. The Polish striker scored 47 goals in 44 matches in 2020 and has scored 64 goals in 54 matches this year (2021)It.

We will look at some of the Ballon D'or awards that have caused a lot of controversies.

In 2006, Fabio Cannavaro won the award. According to the organizers, he was given the award because the Italian national team won the FIFA World Cup beating France in the finals on penalties. Football Fans believed the award should have been won by France's Zinedine Zidane because of his outstanding form and how he single-handedly took the French National team to the final.

He scored three goals and has two assists in the competition. There were unconfirmed rumors that Zidane did not win the award because of the headbutt he gave Marco Materazzi.

In 2010, Barcelona's Lionel Messi won the Balon D'Or award ahead of his teammate Andres Iniesta. Football fans were left furious because they believed both players got to the semi-final of the UEFA Champions League and also won La Liga that season.

As it concerns the National team, Argentina lost to Germany in the Quarterfinals of the World Cup while Spain won the World Cup beating the Netherlands in the final with Iniesta scoring the winning goal. Going by the achievements of both players, it was expected that the Spaniard was going to win the award, but the organizers announced Messi as the winner after he got the highest number of votes.

In 2020, France Football decided to cancel the award ceremony because of the outbreak of the Coronavirus. According to the organizers, the football season was too short to decide the winner of the award, following the way football leagues around the world were cut short abruptly.

Football fans believed it was a year Robert Lewandowski should have been given the award virtually instead of deciding to cancel the award ceremony. The Polish striker scored 47 goals in 44 matches and he also helped Bayern Munich win the Bundesliga title, the UEFA Champions League, and the FIFA Club World Cup.