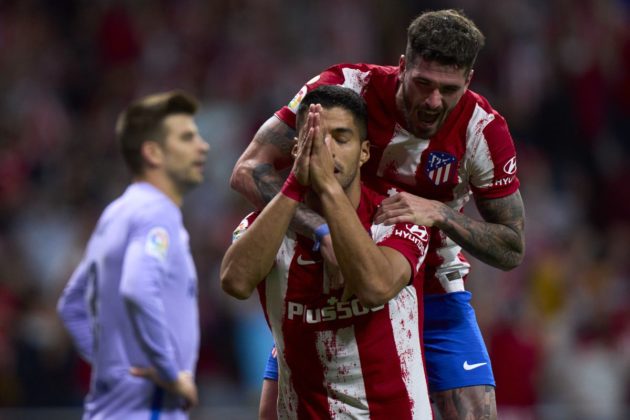 The game started with all chances falling to the Madrid side, despite Barcelona having all the possessions, but they could not create any chance with the ball. The first chance of the game went to Lemar in the 8th minute, but his chance could only go wide off the left post. Another chance came to Joao Felix a few minutes later, but he could only fire the shot wide of the visitor’s goal post.

Atletico took the lead on the 23rd minute, the goal coming from Lemar following an excellent passing exchange down the middle of the pitch, and Suarez releases Lemar, who finds himself alone in the box to find the top corner.

Suarez extended the lead minutes before halftime, as he connected from the pass from Lemar after Memphis lost the ball on the right side of the pitch, which allowed a counterattack from the defending Champions. The half-time ended 2-0 in favor of Atletico Madrid.

Atletico started the second half the same way the first half ended as they continued to dominate play and try to take chances to extend their lead.