Anthony Joshua believes the world of boxing needs the fight between himself and Usky Oleksandr. The fight will go down on Saturday, September 25th, 2021 at the Tottenham Hotspur Stadium. 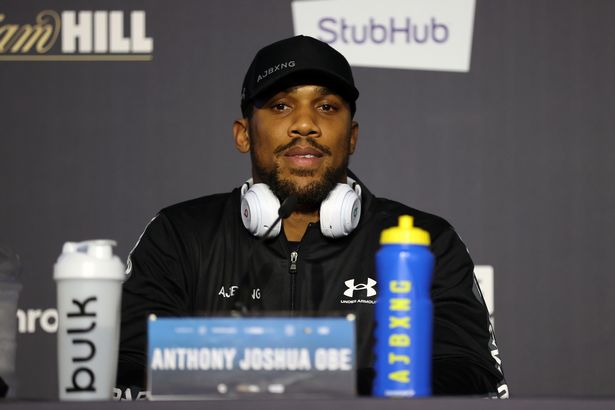 The British boxer was talking in a press conference ahead of the fight against his Ukrainian opponent.  He believes the duo will entertain the viewers with a good fight, according to reports from Mirror Boxing.

You guys know we are here for a great fight on Saturday. I hope you guys are happy with the opponent’s choice because boxing needs it.

We’ve got other competitions in the entertainment business and boxing is a great sport that has great potential, but without great fights and great matchups, it will never be able to reach its potential.

Usyk won the cruiserweight titles in 2018 and defended them against Tony Bellew before moving up to heavyweight. He has only fought twice in this weight class against Joshua after defeating Chazz Witherspoon and Dereck Chisora.

Joshua also spoke about Usyk’s strength in the heavyweight division.

He hasn’t got that same amount of time, and well done to him for taking on the challenge. People talk about my resume, but he’s obviously a good fighter and warrior as well.

He’s a live opponent, hasn’t taken a loss has he. Hasn’t been knocked down. He’s good, it’ll be a good fight.

Joshua weighed 240 pounds for his fight against Kubrat Pulev, while Usyk weighed 217 pounds in his win against Chisora in October 2020.