Liverpool's left-back, Andy Robertson has signed a new five-year deal with the Reds. The defender becomes the fifth member of the first-team squad to commit his future to the Anfield team. The 27-year-old has made 177 appearances for the club to date. 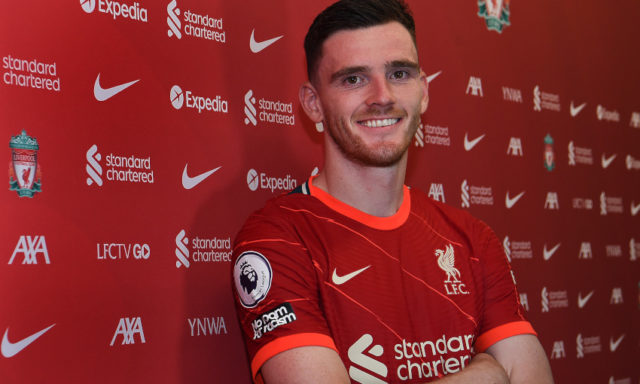 The Reds announced the news of the transfer on its website on Tuesday, August 24th, 2021. The Scottish defender expressed his desire to extend his contract at the club on the club's website after he signed the contract.

He also spoke about how he and his family have settled at the Merseyside and he wants to continue that journey, hence his reason for committing his future to the club.

Obviously when the negotiations started, and it looked as if my future was going to be here longer term than what it was, then I think it's no secret that I'm happy at this club.

I want to stay at this club for as long as possible and extend my stay, it's always happy time for me, for my family. We are settled here. We love everything about this football club and I'm glad that the journey is continuing.

Robertson joined the Reds from Hull City in the summer of 2017. He has sealed his place in the first team since he joined the club. He has won the Premier League, UEFA Champions League, FIFA Club World Cup, and UEFA Super Cup.