Ansu Fati has returned to training after he was sidelined from the game for nine months. The last time he played for Barca was a 5-2 win over Real Betis on November 7, 2020. The teenager has been a victim of a serious knee problem, but he is finally at the end of his recovery. 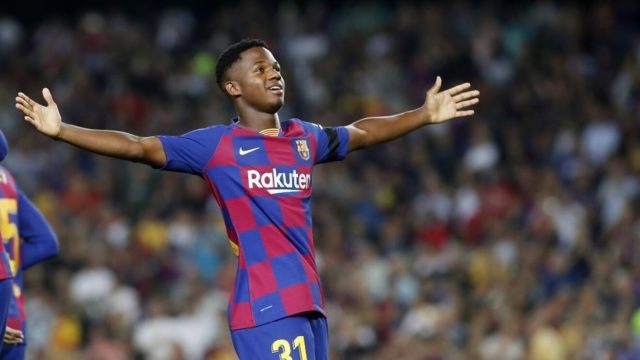 His return of the player is an enormous boost for the Catalonia club going into the rest of the season. The La Liga club will hope he stays fit so there will be more options in the attack as they compete in League and the UEFA Champions League. Barcelona confirmed the news of his return on Tuesday, August 24th, 2021 via Twitter. 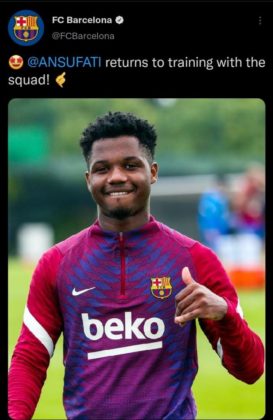 Barcelona also be without the Netherlands duo of Frenkie de Jong and Memphis Depay. De Jong picked up a calf problem in pre-season while his countryman picked up a slight ankle knock in Saturday's 1-1 draw with Athletic Club.