The coach of Juventus, Massimiliano Allegri, has confirmed that Cristiano Ronaldo does not want to play for the Serie A club again. The Player has earlier told the club through his agent Jorge Mendes that he does not want to extend his contract. 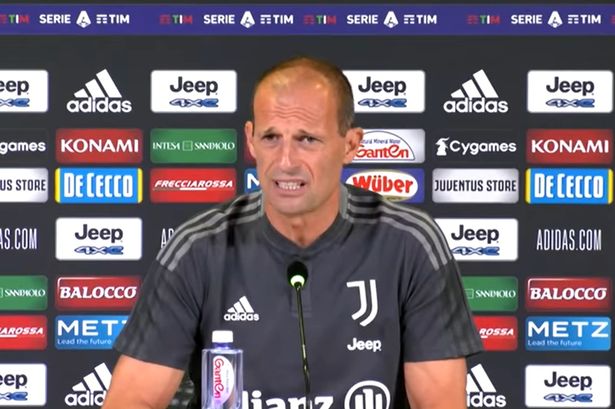 Allegri confirmed the news in a press conference on Friday, August 27th, 2021 ahead of this weekend’s Serie A game against Empoli.

He said the club will appreciate Ronaldo for all he has done for the Turin club and will not stand in his way.

Yesterday, Ronaldo told me that he no longer has any intention to play for Juventus. For this reason, he will not be called up for tomorrow’s game.

Things change, it’s a law of life. Juventus remains, which is the most important thing. Ronaldo gave his contribution, he made himself available, now he leaves and life goes on.

Ronaldo is to be thanked for what he has done, also as an example the youngsters. But as I said, we must go on. 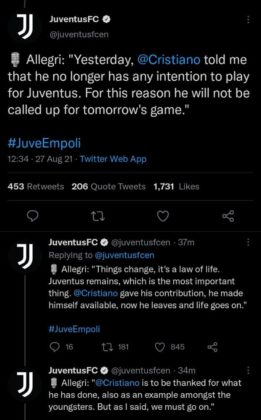 Manchester City is the favorite to sign Ronaldo, but Juventus will not allow the player to go for free. There is a verbal agreement between the player’s agent, Jorge Mendes, and Manchester City.