AFCON 2021: We have Players that are Doing Well - Gernot Rohr

Super Eagles coach, Gernot Rohr, has lauded praise on his players ahead of the Africa Cup of Nations (AFCON) which starts from January 9 to February 6th, 2022 in Cameroon. The Nigerian team is grouped alongside Egypt, Sudan, and Equatorial Guinea. 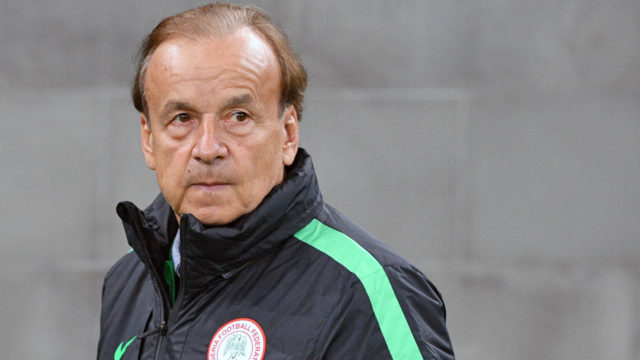 Rohr, who was speaking in an interview with ESPN on Wednesday, August 18th, 2021, a day after the AFCON draw, said he understands he has a very young team but he is convinced the outstanding performance from his players in Europe last season is something that other teams should be worried about.

We have a young team, but they are doing very well, last season and this season also, like Victor Osimhen, who was top scorer in qualification.

Kelechi Iheanacho, Wilfred Ndidi and so many players very well in the clubs in Europe. So as we think about their players, they think about our players too.

Nigeria won their opening two games against Burundi and Guinea, at the AFCON 2019 in Cameroon but lost the last group game against Madagascar, which cost the team a top spot in the Group. The biggest win of the competition for the Super Eagles was the 3-2 victory over defending Champion Cameroon in the Round of 16.

Nigeria qualified for the competition by topping Group L ahead of Lesotho, Benin Republic, and Sierra Leone. The Super Eagles finished third at the last edition in 2019 hosted by Egypt, beating Tunisia 1-0 in the third-place match.