AC Milan has completed the signing of Tiemoue Bakayoko on a season-long loan from Chelsea. The deal includes an obligation to make the move permanent for around €15 million.

The player could not get himself a place under Thomas Tuchel at Stamford Bridge. This is the second time the French defender will join the Serie A club on loan. 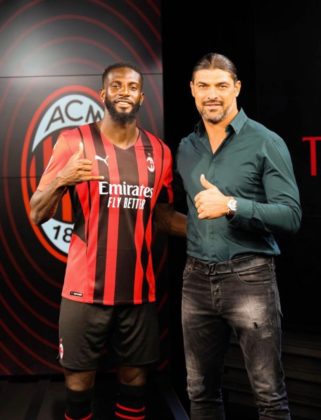 AC Milan confirmed the signing of the player on its website on Monday, August 30th, 2021.

The player has failed to get himself a permanent stay at Chelsea since he joined the Blues from Monaco for 40 million pounds in 2017. He moved to AC Milan in 2018 for a season-long loan.

He joined Monaco in the 2019/20 season, then Napoli in the 2020/21 season. Bakayoko played 43 times for Chelsea across all competitions, scoring three goals and three assists.