#LIVARS: 5 Things Learnt from Liverpool vs Arsenal Game at Anfield

The game between Liverpool and Arsenal played on the 20th of November 2021 at Anfield Stadium was a game where the Reds showed there is a gulf in class between both clubs.

The game ended 4-0 in favour of Liverpool left the home fans with a lot of excitement while the Arsenal fans were left with a lot to worry about the performance of their team against the top clubs in the league, we have put together 5 things we learnt from the game. 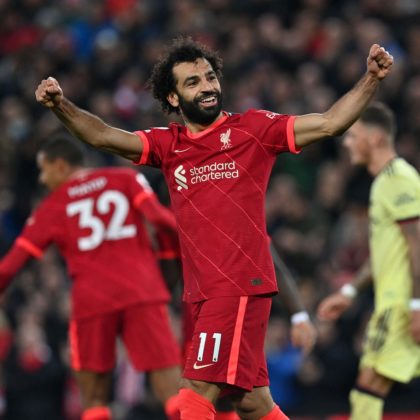 (1) Aaron Ramsdale is Key for the Gunners:

The England goalkeeper has been in excellent form since joining Arsenal. Despite a defeat to Liverpool, he has shown what can bring to the table for the Gunners. Mikel Arteta will hope he keeps fit throughout the season, so they can finish in the UEFA Champions League spot at the end of the season.

(2) The strength of Trent Alexander-Arnold:

The England defender has shown since the start of this season that he is key to Liverpool's team. He created the Red's first goal, which was scored by Mane. Jürgen Klopp will hope the player keeps fit all season so he can add more attacking options going forward for the club.

The win against Arsenal has put them in the heart of pundits as title contenders. Failing to get wins in their last two games against Brighton and West Ham United has caused some fans to nurse the fear of probably not winning the league.

(4) Liverpool attacking players are a force:

The trio of Liverpool players have been a force in every game this season across all competitions. Mohamed Salah, Bobby Firmino, Diogo Jota, and Sadio Mane all have a connection whenever either of them is on the pitch. They have amounted to more than half of the goals scored by Liverpool this season.

(5) A gulf in class between Arsenal and the top teams:

Arsenal have failed to a goal in their games against the top three teams in the league which includes (Manchester City, Chelsea, and Liverpool) conceding 11 goals in the three games. The Gunners will have to get more experienced players which will help them compete with the big teams if they want to have a chance at winning the Premier League in seasons to come.