Zlatan Vs Cuppy: Davido Replies Amidst Lawsuit Filed Against IsrealDMW

Following the lawsuit slammed against IsrealDMW regarding the Zlatan vs Cuppy saga, DMW boss, Davido has gotten himself involved. 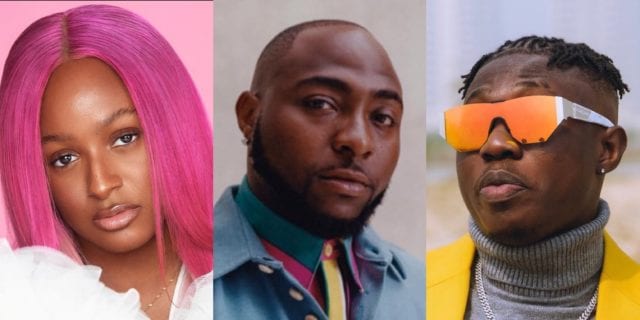 On the 1st of February 2021, Cuppy took to her Instagram account to notify the public she had filed a lawsuit against Davido’s personal logistics manager, IsrealDMW in regards to the allegations he levied against her not paying Zlatan for his part on ‘Gelato‘ or covering his bills while in Abuja for her charity fundraising event. Cuppy had posted on her Instagram page saying;

There have been no breaches of my contractual agreement regarding the song #Gelato as confirmed by lawyers… However, as @IsrealDMW publicly inaccurately declared I owe an artist money, I am suing him for libel and defamation…

See you in court Isreal.” 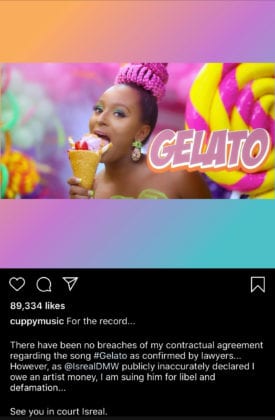 Shortly afterward, Davido was in her comment section on the 1st of February 2021 and replied; 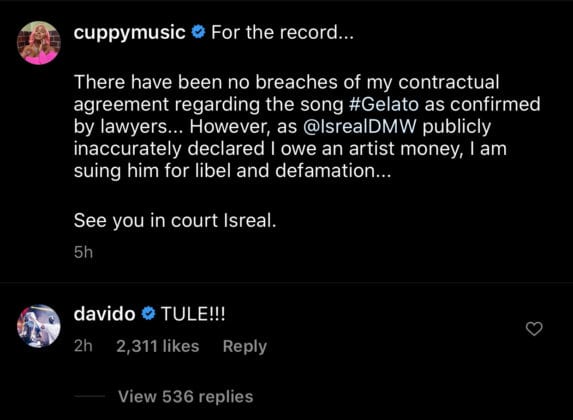 Kindly tell us your opinion regarding Davido’s reply to Cuppy on her Instagram page.