Ghanaian singer, King Promise came across a pleasant surprise in London when Chelsea FC footballer, Hakim Ziyech played him some of his favorites songs from the singer.

King Promise is currently in London on a promo tour for his songs and took the opportunity to meet up with Ziyech who happened to be a huge fan. The Morrocan winger paid a visit to King Promise in London who shared this via his Instagram page on Wednesday, the 28th of July 2021. 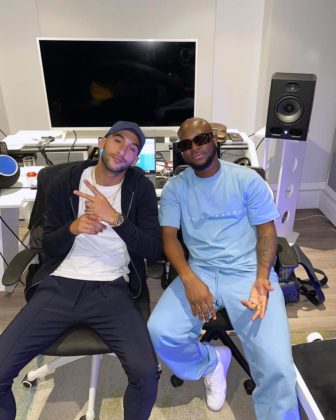 King Promise shared a video of himself with Ziyech, vibing to his songs. Then the Chelsea star goes up to the laptop and searches for one of his favorite songs from the singer and it is CCTV, a song released back in 2019. King Promise wrote;

my guyyy @hziyech surprised me at my session tonight 💙. played me his favorite King Promise songs! Love bro. Cc @spanker ! 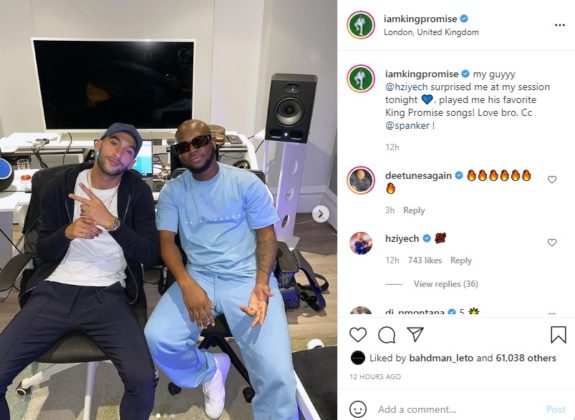 Apart from meeting with Hakim Ziyech in London, King Promise also recently performed his songs to Ghanaian fans at an event tagged the Ghana Party in the Park. Other Ghanaian stars who were present at this event include Sarkodie, Kwabena Kwabena, Yaw Tog, Mr Drew, Kofi Jamar, and more.