"You Don't Have To Chase That American Dream At All!" - Davido 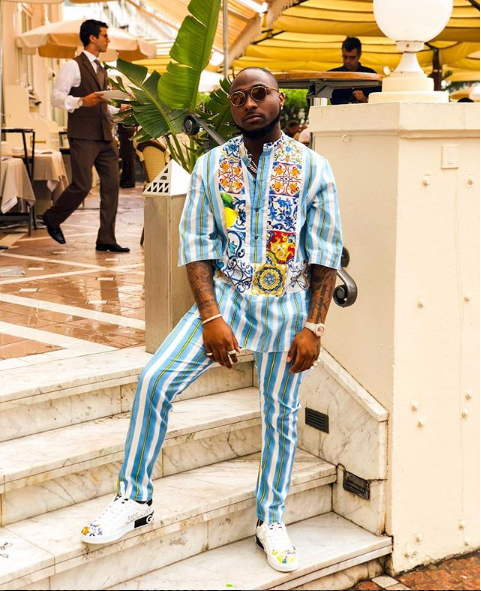 Omo Baba Olowo who is now an Olowo himself, Davido, has revealed that pursuing international deals has been part of the worst times in his life, if not the worst mistake made and it is one nobody or artiste should try to do because the international stars and brands they're chasing are also trying to find their way(s) into the Nigerian space.

He made this remark yesterday, 6th of June at the international music event, Midem where he said;

But then he was reminded of where that phase and challenges has brought him to, which he agreed to state that;

"Yes, it's true, I needed it. But some people don't have to go through what I went through because some people cannot handle it the way I handled it. I fought ... I was hearing rubbish from everywhere, even my friends were talking bad about me...."

This was in reference to his Sony deal and his Son of Mercy EP which he revealed in his interview with The Native of how unsuccessful he felt it was and how unhappy he was that period. In his words, "That EP was shit" Same sentiments were repeated in his interview with Midem where he reiterated that he wasn't feeling his music despite the fact that they were hits. Proving his point of not chasing the American dream, he recalled that despite the international deal and going to America, his coming to Nigeria to spend three months with family, his hometown, the beach and other places in Lagos opened his eyes to what was lagging in his music and it was after all these, coupled with his meeting Tekno that he released the legendary "IF" that birthed his "30 Billion" signature.

I'm a very happy person, so for me to get depressed it'll take a lot, but I was just sad because like yo nothing is working up. At a point when I recorded "IF"I was like "you know what? I'm gonna try this one more time. because ive gotten to a level where... I've had hits...were coming, shows were coming but that factor that something was missing... and i just stayed in Nigeria for like 3 months and then just being around, going to the beach, hanging out with the mallam outside the house, chilling with my kids, going to my dad's house..."

and that was how it happened!

"At the point when i recorded 'IF' i was like "I'm gonna try this one more time"- @davidoofficial ? @shopsydoo #NotJustOk

Well, what he just wanted to try became a real defining moment in his life, career, and the biggest single he has ever released, a single that birthed other great stuff such as his 30 Billion Concert, 30 Billion Tour, and 30 Billion Gang.