Nigerian singer, WurlD has revealed that he plans to hold private listening sessions for his debut album which he plans to drop next year.

WurlD explained that his debut album sees him experiment with new sounds and he wants to share that with his fans first in private listening sessions. He shared this via his Twitter page on Saturday, the 25th of September 2021. 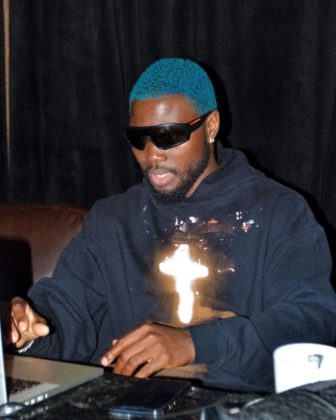 READ ALSO: WurlD Reveals Title of Next Album in Chat With Bello Magazine

Speaking via his Twitter page, WurlD told his fans that he wants them to be the first to listen to his new album, hence the private listening sessions. In his words;

New Blueprints.. my sounds has shifted again for the better and I put all my heart in this like never before. I’ll be hosting private Album listening sessions cos I want you to hear it first and feel where I’m truly coming from. 🦋 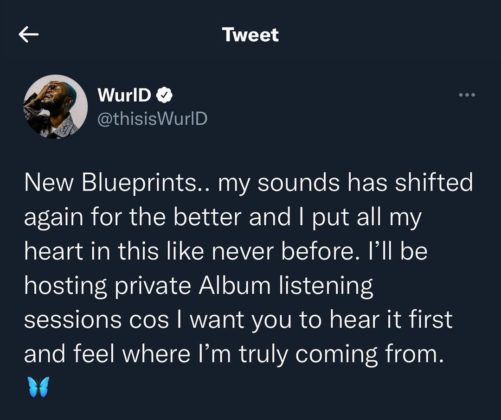