Wurld And Sarz Are Bringing Their Concert to You This Summer

Nigerian singer, Wurld, and music producer Sarz are working on a tour which will probably include concerts in multiple cities of the world. 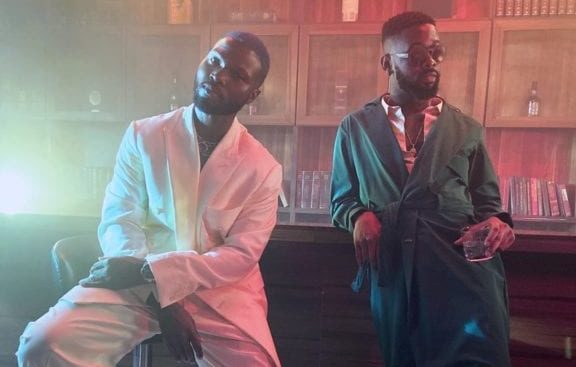 Wurld posted this information via his Twitter page on Monday, the 24th of May 2021. The singer posted a tweet requesting fans to mention their city and where they would like him and Sarz to come for a concert on the tour they have planned. Wurld wrote:

Me and my bro @beatsbysarz bringing “One night of Trobul” Live Concert to a few Cities this Summer. Performing all songs from #Ilovegirlswithtrobul for a one night only experience. What’s your city? Details soon 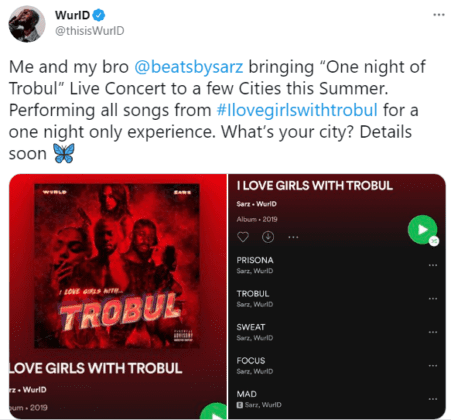 Wurld and Sarz famously released a joint EP back in 2019 titled "I Love Girls With Trobul" which had hit songs like "TROBUL", "MAD", "FOCUS", EGO", &  "SWEAT". We can't wait to see what the two of them have in store for fans and what cities will eventually make up their tour schedule.