Nigerian superstar, Wizkid's Mood has hit the no. 1 spot on the UK Afrobeats chart, becoming the singer's 4th song to reach that summit.

Wizkid's Mood which features Buju has now moved to the no. 1 spot on the UK Afrobeats Chart beating off the dominance of Fireboy's Peru in the process. This was revealed via Instagram by @wizkidnews on Sunday, the 7th of November 2021. 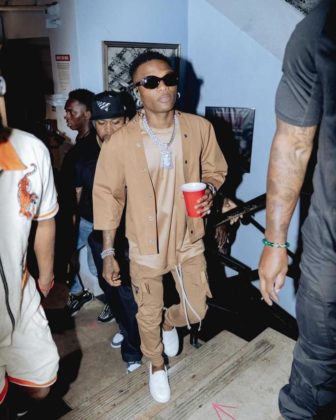 Wizkid released Mood featuring Buju on the deluxe version of his Made in Lagos album. Produced by talented beatmaker P2J, Mood serves as the 16th record on MIL deluxe edition. It arrived alongside three other records, Anoti, Steady, and of course Essence remix featuring Justin Bieber and Tems.

Wizkid's Mood has spent 10 weeks on the UK Afrobeats chart from the time when it was released and has now hit the top spot. Interesting enough, Fireboy's Peru which was the top song on the chart just last week is nowhere in the top 20. Burna Boy's Want It All takes the second spot this week with Joeboy's Alcohol, NSG's Petite, and Ayra Starr's Bloody Samaritan rounding up the top 5.