Nigerian superstars, Wizkid and Tems have both been included in the nominees list for the 2021 MTV EMAs in the Best African Act category.

Wizkid and Tems join the likes of Diamond Platnumz and Amaarae in contention for the Best African Act category at the 2021 MTV EMAs. The list was announced on Wednesday, the 20th of October 2021. 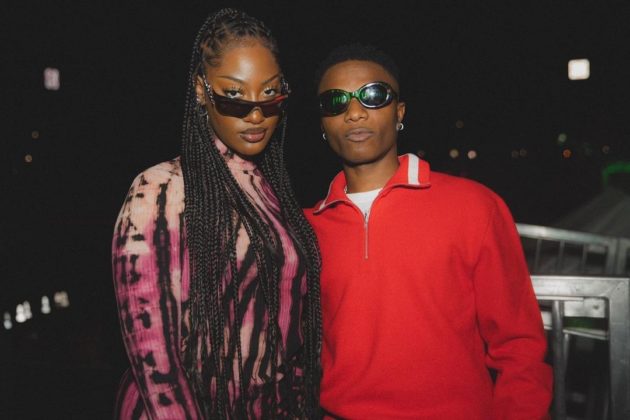 Wizkid and Tems have had quite an amazing year with their collaboration, Essence of the former’s Made in Lagos album doing bits on many international charts. This has led to both of them running their individual US tours and even performing at each other’s shows. Essence has also being certified platinum in the US, with the plaques presented to them after Wizkid’s show in LA which Tems also performed at.

READ ALSO: Wizkid and Tems Receive Platinum Plaque for 'Essence' in the US | WATCH

Wizkid and Tems are now part of five African artists to be nominated for the Best African Act category at the 2021 MTV EMAs. The other artists in this category include Tanzania’s Diamond Platnumz, Ghana’s Amaarae, and South Africa’s Focalistic who has been championing the amapiano sound recently.

Tems wrote about her nomination;

I am honoured to be a part of the amazing voices from our continent who are breaking barriers and redefining music globally.