Nigerian musicians, Wizkid and Tems have been revealed as the latest cover artists for Apple Music's Today's Hit playlist, for their song Essence which is doing very well on the charts.

The Today's Hits Apple Music playlist covers songs that are doing well globally, a list on which Wizkid and Tems' Essence features prominently. The news was disclosed by veteran music journalist, Ebro via his Twitter page on Wednesday, the 4th of July 2021. 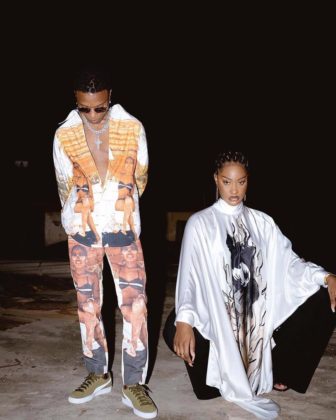 Ebro congratulated Wizkid and Tems for their appearance on the biggest playlist available, Today's Hits. He wrote;

Now #Nigeria and all of Africa + the diaspora stand up!

When the diaspora comes together!

The appearance on the cover for Apple Music's Today's Hit Playlist is yet another feather in the hat for Wizkid and Tems on their global hit, Essence. Essence has done exploits on different platforms, including Apple Music and Billboard. The song is currently sitting pretty in the US Apple Music top 10 and still rising up the charts incredibly fast on the Billboard Hot 100. Wizkid and Tems definitely did magic on this track and we can see the rewards. 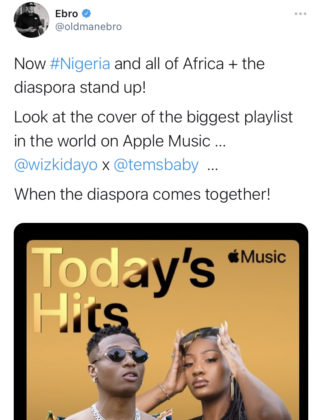