Nigerian superstar singer, Wizkid has revealed that the tickets put on sale this morning for his concert at the O2 Arena in London have been sold out.

Wizkid revealed that his O2 tickets have been sold out via a post on his Instagram page on Friday, the 6th of August 2021. 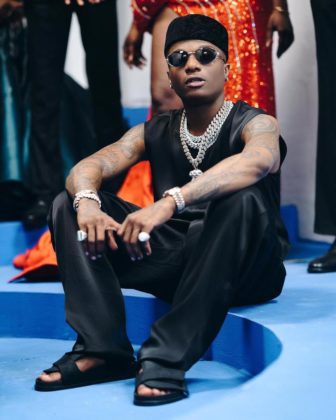 The singer shared a flier of the O2 concert which is scheduled to be part of his Made in Lagos World tour with the words "Sold Out" stamped on it. He also revealed that the tickets got sold out within 12 minutes, a new record for Nigerian artist sales at the prestigious London venue. Wizkid wrote, "Sold out the O2 in 12mins!! Love u london!! 🖤❤️🦅" 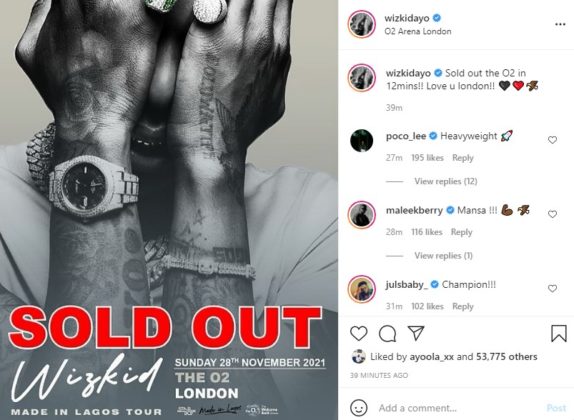 Fans seem to be really excited by how affordable Wizkid's O2 tickets are, hence why it is sold out so early. The priority tickets dropped recently, and the tickets were described by many fans who have bought as very affordable compared to other artists. The tickets went on sale at 9:30 on Wednesday, the 4th of August 2021.

Amongst the reactions, Twitter user @chiamaka_ao was grateful for Wizkid making the tickets affordable, she wrote;