Nigerian superstar singer, Wizkid has announced new dates for his upcoming tour of North America for his Made in Lagos album.

Wizkid announced the new dates for his tour of North America after previous ones got calls for him to add more cities. He shared this via his Instagram stories on Tuesday, the 24th of August 2021. 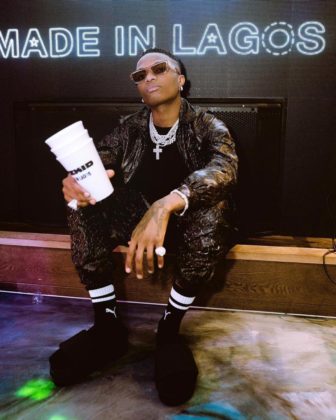 The cities included on the new dates are Chicago on the 18th of September. Wizkid will also touch Las Vegas on the 24th of the same month, then Sacramento and Los Angeles within one month of each other. Other cities freshly added to the tour dates include Atlanta, Orlando, Miami, and Toronto. Wizkid wrote on Twitter, "New dates 🇺🇸❤️🖤 #MadeinLagosTour"

Wizkid's new dates for the North America tour is coming on the same day he announced the tracklist for the deluxe version of his Made in Lagos album. The tracklist for Wizkid's MIL deluxe sees the album get an addition of three new songs with a feature with fast-rising singer, Buju.