Nigerian superstar, Wizkid’s hit song Essence has broken into the top 10 spot on the Billboard Hot 100, making it the highest ranking African song ever to appear on the chart.

Essence appeared on the Top 10 of the Billboard Hot 100 chart making Wizkid the very first African to break the top 10 with his own song. The new update was shared via Instagram on Monday, the 11th of October 2021. 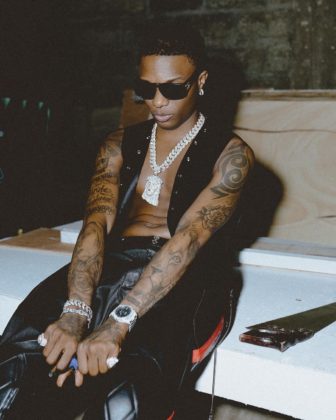 Wizkid who is currently on a US tour released Essence as part of his Made in Lagos album last year. The song which features Tems as well gained ground towards the end of last year and picked up again this year with an amazing run which saw it break into the Billboard Hot 100 at no. 82.

That run has now catapulted Wizkid’s Essence straight to the top 10 spot on the Billboard Hot 100 chart. It has also being the main propeller of Wizkid and Tems into the global mainstream view. The song grabbed the attention of pop superstar, Justin Bieber who could not resist the chance to jump on a remix.