Wizkid's 'Made in Lagos' Album is 'Pure Fire' - Alicia Keys 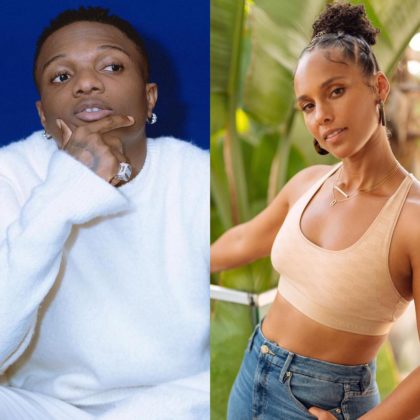 Alicia Keys held an #AskAlicia session for her fans on Twitter on Saturday, the 5th of June 2021. One of the questions that were asked was from a Twitter user (@Zaddyleeogo). He asked if Alicia Keys had listened to Wizkid's new album, "Made in Lagos". To this, she responded in the affirmative, saying "Absolutely! Pure fire 🔥🔥 @wizkidayo". 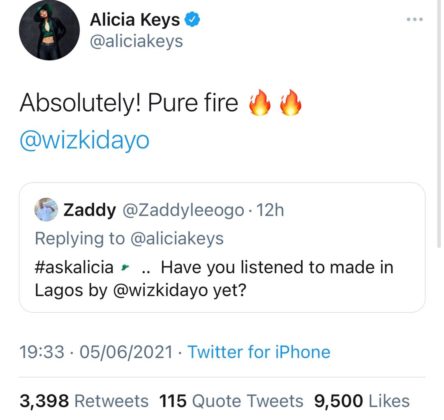 Wizkid has revealed that he intends to go on a tour for the first time since he released the album. We do hope one of the tours will bring both artists together and give us timeless music.