“Who Wrote What For Who?” - Burna Boy Responds to Songwriting Claim

Nigerian singer, Burna boy has refuted claims he got a helping hand from Peruzzi and Yonda regarding writing some of his songs. 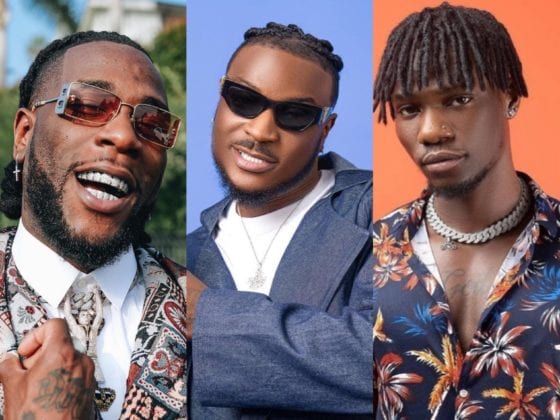 A Twitter user with the username @ObongRoviel made claims in the early hours on the 12th of January 2021 about Yonda and Peruzzi writing a song each for Burna boy. He wrote;

“I bet you didn’t know Yonda wrote Dangote
And Peruzzi wrote Pull up”. 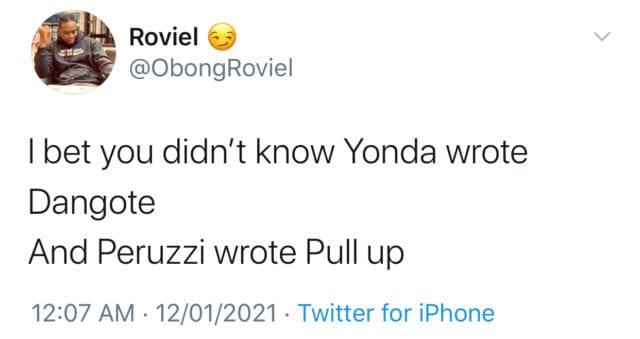 The Twitter user went further to emphasize the need of artistes giving credit to songwriters;

“Maybe when these artists start giving credits you will know the truth about your Faves”. 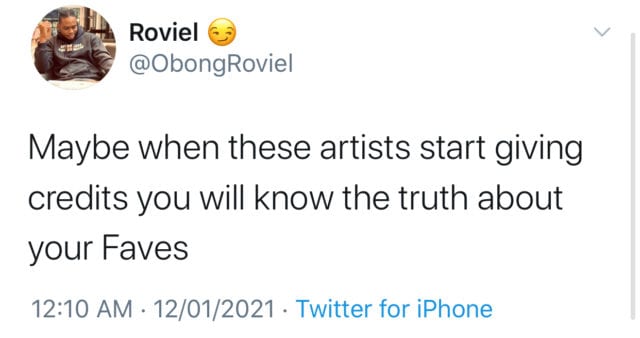 These claims didn't seem to sit well with Burna boy and he took to his Twitter account on the 12th of January 2021 to refute the claim. He wrote; 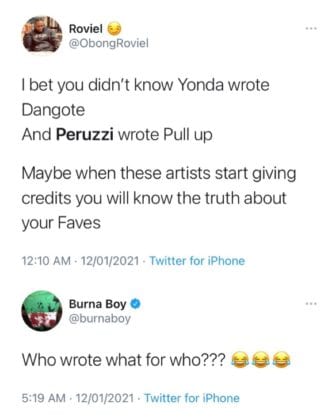 The claims by @ObongRoviel have led to different users giving their opinion on the matter. Below are some reactions;

A Twitter user asking for music listeners to educate themselves on how songwriting works;

You people should educate yourselves.
Even great songwriters like Taylor Swift and Jon Bellion don't write their songs alone. 🤦‍♂️

A Twitter user not too happy with employing songwriters for a song;

Tbh I don't really see the reason why the Nigerian culture has accepted song writing as a thing.