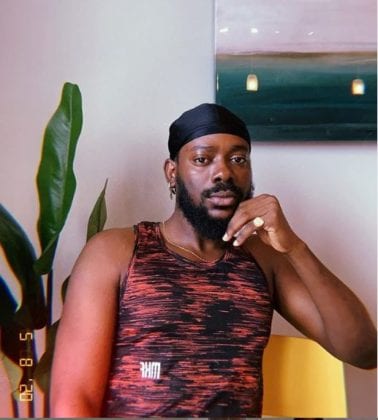 In the last week of May 2020, there were two public reports of Nigerian women; Uwa and Tina, who were sexually abused and murdered in different parts of the Nation; these are aside from the unreported cases and the reported that did not make it to the spotlight.

In reacting to these atrocious crimes, Adekunle Gold expressed the fact that society for as long as time has enabled a generation of men who believe women should be exploited and not protected, stating further that all men are responsible for the hurt women face as every silent man is a man encouraging an abusive one.

"My heart bleeds.
Uwa and Tina’s lives have been cut short because we’ve raised and enabled a generation of men who believe women should be exploited not protected.
We’ve enabled powerdrunk senseless men with uniforms and weapons.
We are not allowed to sit down there and say “not all men” fuck that! All men are responsible. Your brother’s heart is desperately wicked and you have enabled it, wether in catcalling or in objectification. We have enabled it. Not waiting on the government to do anything, don’t want to set myself up for further disappointment.
I pray we raise better sons and enable better men." 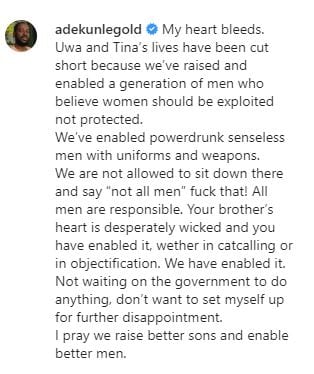