Nigerian singer, Tems was one of the artists who performed at the 2021 Afropunk festival which was held in Atlanta, and as expected, she performed Essence.

Tems performed in Atlanta last night at the Afropunk festival where she thrilled her new fans with her hit collab with Wizkid, Essence. The show was held on Saturday, the 25th of September 2021. 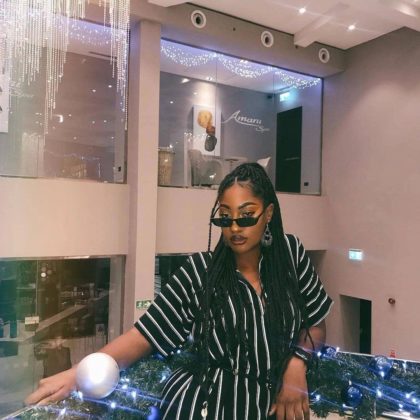 Tems is currently on her very first tour of the United States and has performed in two cities already, Hanover and New York. She is currently in Atlanta preparing for the third stop on her Leading Vibe tour which is to hold today at the Atlantic Station Central.

Tems was billed to perform at the Afropunk festival in Atlanta alongside acts like Wale, Smino and she duly delivered with her Essence performance. Tems has grown in bounds since the turn of the year and her collaboration with Wizkid pushed her to new heights. This included a feature on Drake‘s latest album, Certified Lover Boy. The singer also recently dropped another EP titled If Orange Was a Place and it featured American RnB sensation, Brent Faiyaz.