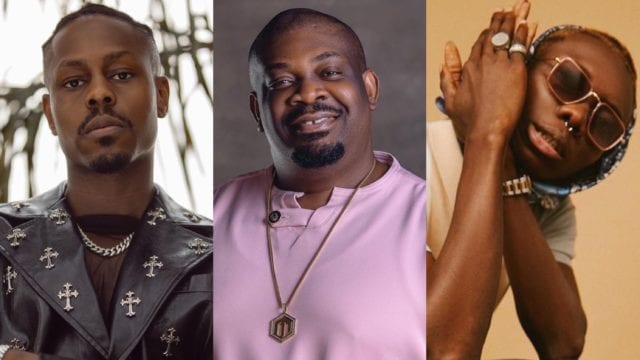 From a video clip that was uploaded by the Mavin boss on the 12th of April, Don Jazzy can be seen alongside his label act, Ladipoe and Blabonez as they showed off their dancing skills while listening to the latter's new single ‘Bling’.