Nigerian singer, Burna Boy headlined his first Hollywood Bowl this morning in Los Angeles and the show looked quite amazing from the videos shared online.

In the videos that were shared online, Burna Boy who was the headliner on this year’s Hollywood Bowl seemed to be giving his audience an amazing time. The videos were shared via Instagram on Saturday, the 9th of October 2021. 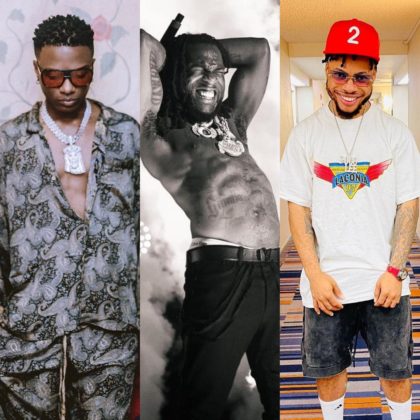 Burna Boy’s Hollywood Bowl performance was announced back in August and it turned out to be a sold-out affair. When it was announced, the singer said;

I’m extremely excited to come back to one of my favorite cities in the world to play at the legendary Hollywood Bowl. This all started off as a wild dream, especially coming from where I’m from.

READ ALSO: “You Just Had To Be There” – See The Reactions to Burna Boy’s Performance at #LostInRiddim

In the videos from Burna Boy’s performance at the Hollywood Bowl, there are also shots of Wizkid and Poco Lee on stage with the African Giant. There were other artists that opened the stage before the headline act. But the main events of the night happened when Burna Boy himself got on stage, and when he was joined by Wizkid and Poco Lee respectively.