Burna Boy headlined the second day of the Lost in Riddim Festival in Sacramento and it was a blast as seen from the videos and reactions shared online.

Burna Boy took the audience at the Lost in Riddim fest in Sacramento on a trip with his music and they could not hide their excitement as they shared videos and reactions. This happened early in the morning on Monday, the 4th of October 2021. 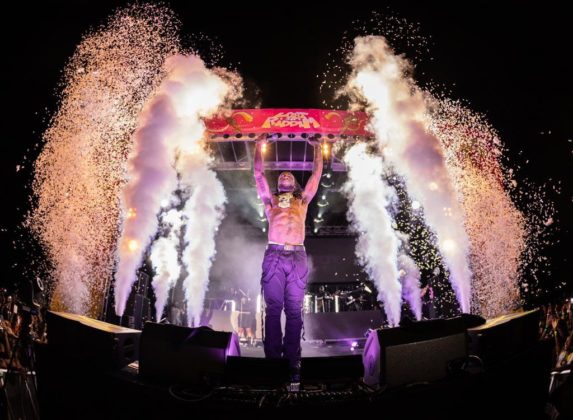 The Lost in Riddim fest in Sacramento kicked off on Day 2 with a performance from Mannywellz, followed by Enisa, and then Sho Madjozi. Nigerian singer, Joeboy got on stage to perform before Shenseea and Koffee. Then Major League DJz performed, before Afro B, Tiwa Savage, and Mr Eazi. They then made way for the headline act on the night, Burna Boy who made the wait for his performance well worth his audience’s time.

Burna Boy got on stage to perform at the Lost in Riddim festival in Sacramento quite late but the audience did not mind as he killed the show, as the videos confirms. 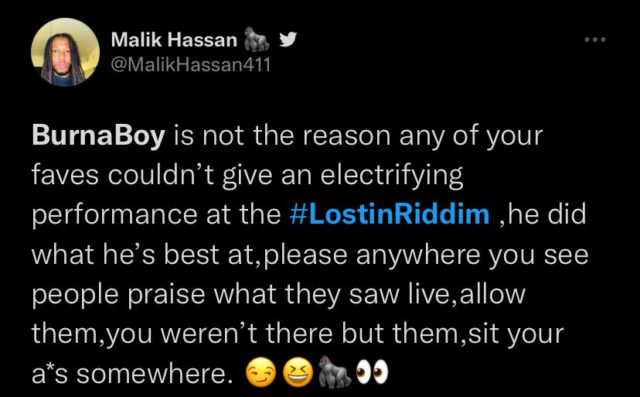 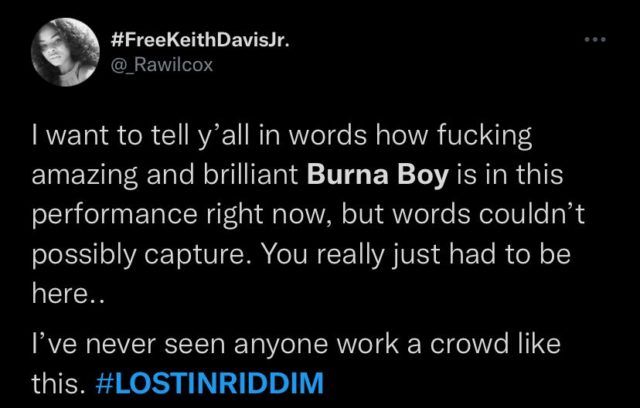