Watch Old Video of Adele Singing 'Try Me' by Tems

Popular British singer, Adele has been reported to be a huge fan of Nigerian singer, Tems and an old video of the UK star singing her song, Try Me has now surfaced.

In the video, Adele is seen belting some notes highly reminiscent of Tems' 2019 solo single, Try Me which was her breakout song. The video was shared via Instagram on Monday, the 6th of September 2021. 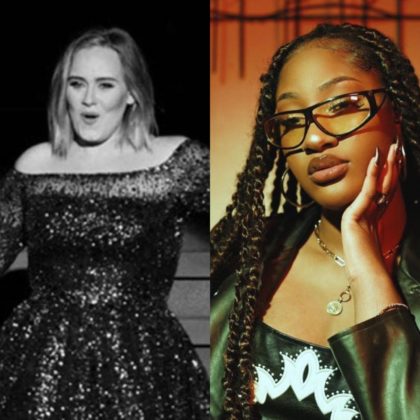 Tems has been on the steady rise for a year now, especially after he feature on Wizkid's Essence, off the Made in Lagos album. She has since gotten endorsements from tops artists around the world, including Adele.

However, Tems says she doesn't see her accomplishments as hers. In a recent chat with BET Music, she said;

I am most proud of taking the leap, and going head-first into music. Apart from that, I don't really feel like any accomplishment is mine. I owe God so much, and really anything I have done is not a result of me accomplishing it, but a result of the grace of God on my life.

WATCH VIDEO OF ADELE SINGING TEMS' SONG "TRY ME" BELOW: