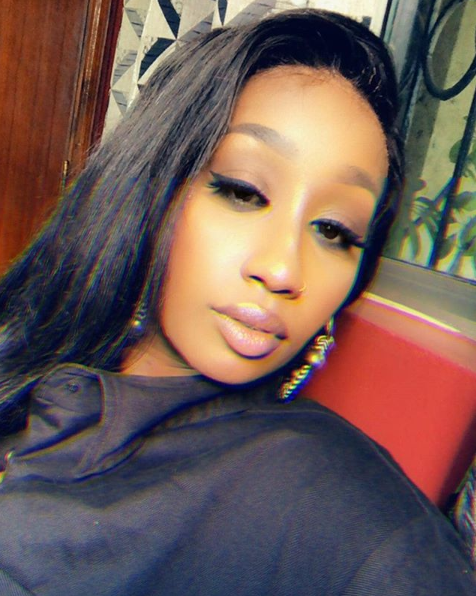 Kenyan singer, Victoria Kimani has officially responded to the reactions that trailed and still trailing her #fvckyouchallenge and from her response, the rapper is unapologetic about what she said.

The cover which seems to have been directed at both YCee and Tiwa Savage was not well received even though Victoria Kimani called it her truths.

With all the reactions, which were not favourable to Victoria Kimani, the singer has come out to tell people she's not sorry for what she said and is also not jealous of Tiwa Savage according to speculations because "she knows how she gets her material things". She said;

Having material things will never make me envy you .... Especially knowing what you had to do to get it gurlll ??? wrinkly married balls slapping on your chin #ImGoodLuvEnjoy ???? #GodGotme#YoSugarDaddyPoppinTho ??$ #TheyCelebrateEvil#CantBlockMyBlessingsTho#youAndYourYESMEN #FakeAccountscomment below ? ( will delete this soon but just want you to know how I feel since were being honest now) .

The singer has presently deleted the post from her page as stated.