Victor AD Debunks Rumour That Davido Stole ‘Jowo’ From Him

Nigerian singer, Victor AD has debunked the rumor that Davido stole the hit record, ‘Jowo’, from him. 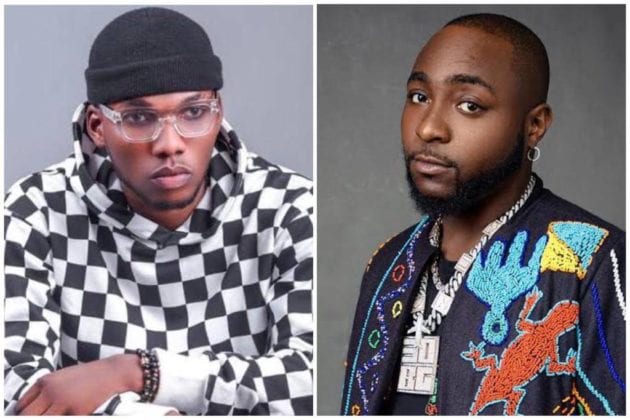 The ‘Wetin you gain‘ singer made a statement on his Twitter page on the 11th of May 2021, where he clearly stated that he did not write the hit record, Jowo, for Davido and that people should not try to take attention away from Davido celebrating 10 years in the industry.

Omo no be me write JOWO for @davido I don’t know where all this is coming from. make una let baba celebrate him 10yrs in peace #olofofo 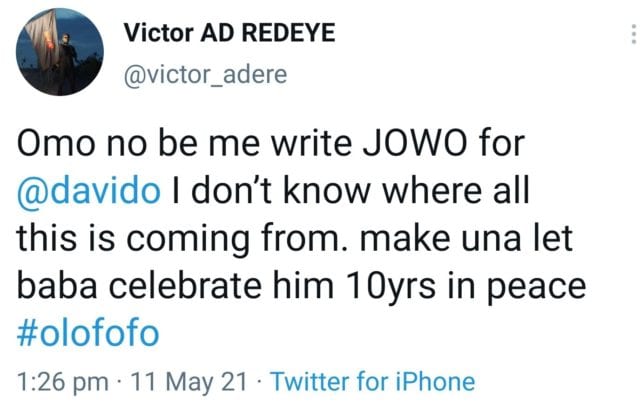 A Twitter user @thuglife started the rumour with a tweet that stated that Victor AD made the claims in his recent interview with HipTV. 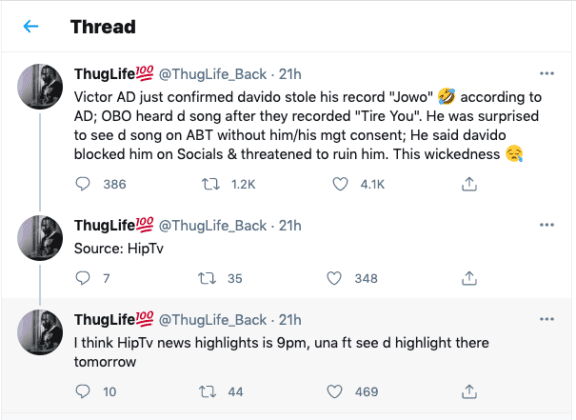